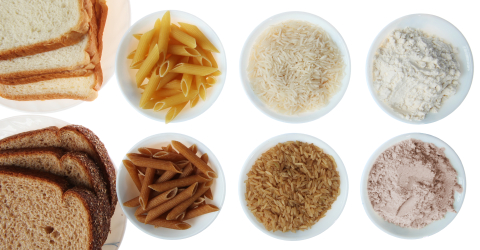 In our previous post on eating for fat loss, I outlined why your first step towards losing body fat should be cutting out sugar in your diet. If you haven’t read that post yet or are just starting to think about adjusting your diet so you can lose some fat, I would actually go back and start there. While you can decide to approach these steps in a different order, I’ve done my best to put them in a sequence from most obvious and practical to the most challenging and potentially controversial. Equally, that post on sugar will provide you with a lot of the basic understanding of the impact of nutrition on your body fat that I will refer to in this and subsequent posts.

If you read the previous post and have started to reduce your sugar intake and are seeing positive results, this next post should help you kick your fat loss into an even higher gear. Even if you haven’t had time to see any results, throwing in this next step will help you to see those results sooner. Keep in mind – slow fat loss is not only a more realistic ambition but it’s also healthier than rapid weight loss so don’t expect to be seeing a difference on the scale on a day to day basis! Getting to your target body fat levels will take weeks and potentially months depending on where you’re starting. That’s why it’s important to incorporate sustainable changes gradually.

So after cutting out sugar, where should you focus next?

I’m confident that few readers of this post will be surprised to hear the topic of carbs come up when talking about fat loss. Carbs have come under fire from many nutritionists, diet-gurus and even sports scientists for their impact on the body. You may have heard advice such as, “don’t eat refined carbs”, “avoid high GI carbs” and even advice to cut carbs out completely. Now, that last suggestion is actually impossible in literal terms.  You’d struggle to eat a healthy diet which included no carbs at all. However, there are arguments for more severely restricting them than what will be outlined in this post. But, as I mentioned above, it’s best to incorporate dietary changes gradually so extreme carb reduction will be treated at a later date. The aim of this post will be to help you choose your carbs in a way that will maximise your fat loss and to address some questions you might have like:

Carb is an abbreviation for carbohydrate which is one of the 3 macronutrients which we consume to nourish our bodies (the other two being fat and protein). A carbohydrate is a molecule comprised of carbon, hydrogen and oxygen which our body can easily convert into energy. Sugar, which we discussed at length in our last post, is actually a type of carbohydrate. Specifically, sugars are the simplest carbohydrates, in that their molecules don’t have to be broken down much (or at all) to be used as energy.

The unfortunate news is that carbohydrates, particularly simple ones, have the exact same effects on your body since they are members of the same macronutrient family. And, in relation to the speed at which they’re digested, the extent to which they have this effect is closely connected to how “complex” these carbohydrates are. 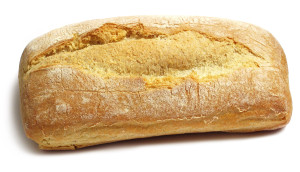 So now that we’ve gotten the basic science out of the way, let’s make this really tangible. Carbs are found in many foods including fruits, vegetables, dairy products and grains to varying degrees. While grains aren’t the only foods that have high quantity of carbohydrates, for the average person, this is going to be where most of your carbs come from so this is what I’m going to focus on.

Grains are foods that are comprised almost entirely of carbohydrates and, more importantly, they’re also sources of lots of simple carbohydrates (i.e. sugars and other similar carbs). How much simple carbohydrate they contain depends on the type of grain (e.g. rice, wheat, rye, oats, etc.). Most grains can also be processed or refined, giving rise to some of our favourite foods like bread, pasta & pastries.

Unfortunately, the more processed or refined a grain is, the more simple carbohydrates it contains and the more similarly it behaves to sugar in your body – i.e. the more it contributes to body fat.  Sadly, grains, and particularly refined/processed grains, comprise the majority of many people’s diets. No wonder some people struggle to lose fat!

The title of this post is “Choosing your carbs” for a reason – I’m not going to advocate cutting out grains entirely – at least not at this stage.  Instead, I’m going to suggest that you follow a simple principle: Limit simple carbs & refined grains and focus on complex carbohydrates and whole grains

What does this mean in practice? Unfortunately grains come in hundreds of different forms so what I’m going to do is outline some key examples, but then I’m going to give you an easy way to figure out what the impact of a particular kind of grain will be on your waistline.

Here is a list of some of the most well-known culprits in impeding your fat loss:

The list could go on a lot longer – but you get the idea!

Here are some of the sources of carbs that are more supportive of fat loss:

When in doubt – look up the glycemic index

I’m well aware that I’ve only armed you with a few examples to work with here and a lot of uncertainty might creep in when braving those aisles of your grocery store. The good news is, there’s actually an easily accessible metric that you can use to figure out which camp your grain/carb-based products fall into. This measure is the glycemic index.

The scientific detail of the glycemic index (or GI) is probably a topic for another post but in simple terms, the glycemic index is  a measure of how quickly a food increases your blood sugar levels.  As we know, the quicker a food increases your blood sugar level, the more likely it will contribute to fat gain and limit fat loss. The glycemic index is based on a scale where pure glucose has a rating of 100. Everything is then classified in relation to that and can be divided into 3 groups for practicality’s sake:

So if you’re in doubt, get out your laptop or smartphone and do a quick google: “glycemic index <INSERT FOOD YOU’RE LOOKING UP>“. If it’s 55 or less, feel safe to eat it in reasonable quantities. If it’s 55-70, try to keep the quantities modest. If it’s 70+, stay away! Want to see where some of the foods we’ve discussed fit in? Different studies will have slightly different results but you can definitely get a directional idea by searching on the web.

Summing it all up

So let’s try to summarise what we’ve covered in this post:

In combination with our last post on sugar, hopefully it’s becoming clear that we are building on a theme that we will revisit frequently: Fat loss is dependent on keeping your blood sugar stable and particularly avoiding big spikes. There are other benefits to managing your blood sugar such as minimising your chances of Diabetes later in life, but we’ll touch on those at a later date.

Please look out for more posts on fat loss and nutrition.

Read the previous post in the series:
Eating for fat loss – Step 1: Cut out sugar